The IHF delegates alongside broadcast partner SportFive visited the two halls last week to make sure of their readiness ahead of hosting the tournament.

The Egypt 2021 LOC members revealed that the IHF delegates have praised the Egyptian preparations to host the event especially in the broadcasting field.

Egypt will host the 27th edition of the IHF Men's Handball World Championship from 13 to 31 January 2021.

"The visit was very successful as the IHF delegation alongside the broadcasting partner SportFive extolled the great achievements in the Cairo Stadium," said the Deputy Championship Director Khaled Fathi.

"The delegates explored the broadcast cameras as well as the plans of the broadcast vehicles. The delegates also visited Borg El-Arab Hall and they appreciated the great achievement done as the hall was built to host the World Championship,"

"Crews from the Croatian channel RTL and TV2 of Denmark joined the IHF delegates and they also praised the facilities of Borg El-Arab and Cairo Stadium Halls," Fathi added. 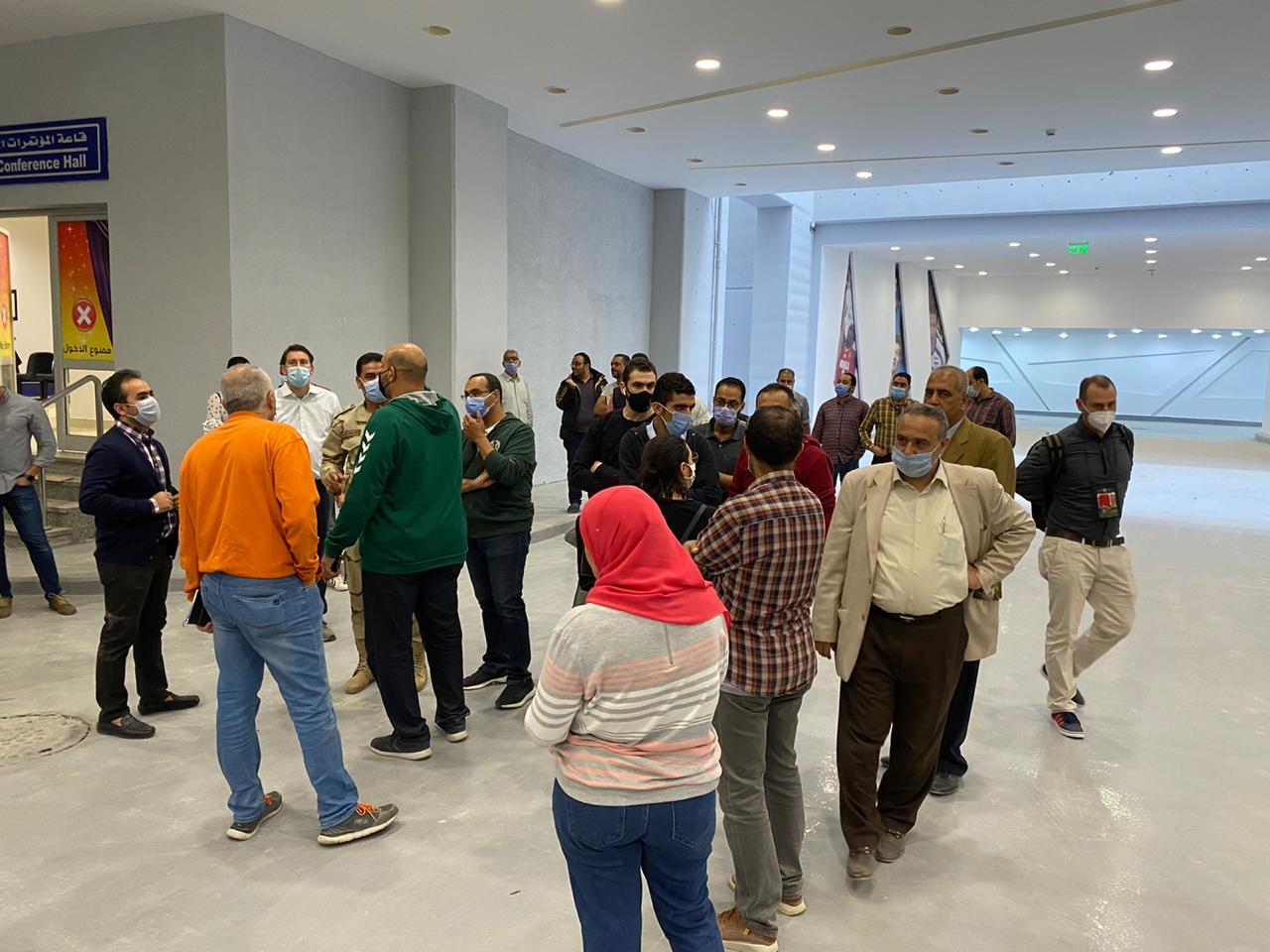 "The IHF delegates had previously visited 6th of October and New Administrative Capital Halls and there are other delegates who will arrive by the end of November for a final inspection visit to the halls," Egypt 2021 deputy Championship Director revealed.

Meanwhile, Head of the Teams' Services Commission Mamdouh El-Sheshtawi confirmed that the IHF delegates visit was successful and beneficial as the achievements in the halls exceeded the expectations of the visitors.

"All hotels that have been chosen to host the teams have met all the IHF demands including its spaces and the distance between the hotels and the Halls, as well as the hotels' qualifications conformed to specification," El-Sheshtawi said.

"The tournament's LOC Medical commission is in coordination with the Health Ministry regarding the working processes according to the previously set plan,"

"All teams have confirmed their participation as some of them have delivered the accommodation extra costs of the additional members in the delegations,"

"We are fulfilling to all delegations the demands they require and more . We are also ready for any emergencies," The Teams' Services Commission head stressed.

"Egypt 2021 confirms the  resumption of international sports activities and it will be a well indication for the Tokyo Olympic Games next summer,"

Head of the Communications and TV broadcast Commission Mohamed Thabet said, admitting that the IHF delegates' visit was very important as all the preparations met with their expectations according to the international criteria. 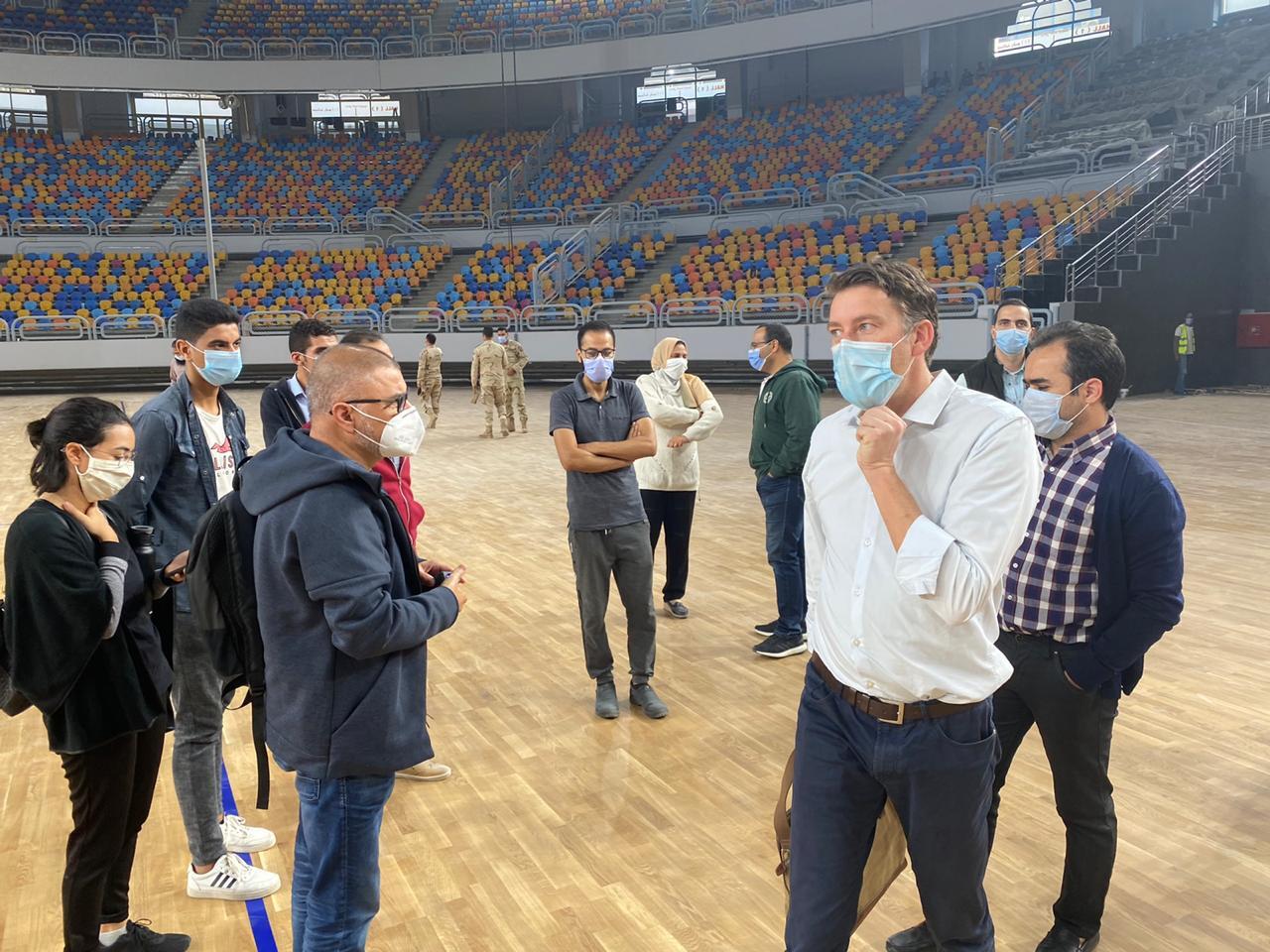 "As a result of this visit, we have earned the vote of confidence to hosting a brilliant tournament, confirming to the world that Egypt is up to the challenge," Thabet said.

The World Championship will take place in Egypt at four venues; The Cairo Stadium Indoor Hall, The New Administrative Capital Hall, The 6th of October Hall and The Borg El Arab Hall