Egypt 2021 Full Schedule after the qualification of Chile and USA

With the completion of all participating teams taking part in the 27th edition of the World Championship, Egypt 2021, here's how the full schedule of the tournament looks like.

The Preliminary Round matches will be held from 13 to 19 January, whereas the Main Draw and the President Cup will throw off on 20 January and last until 25 January. 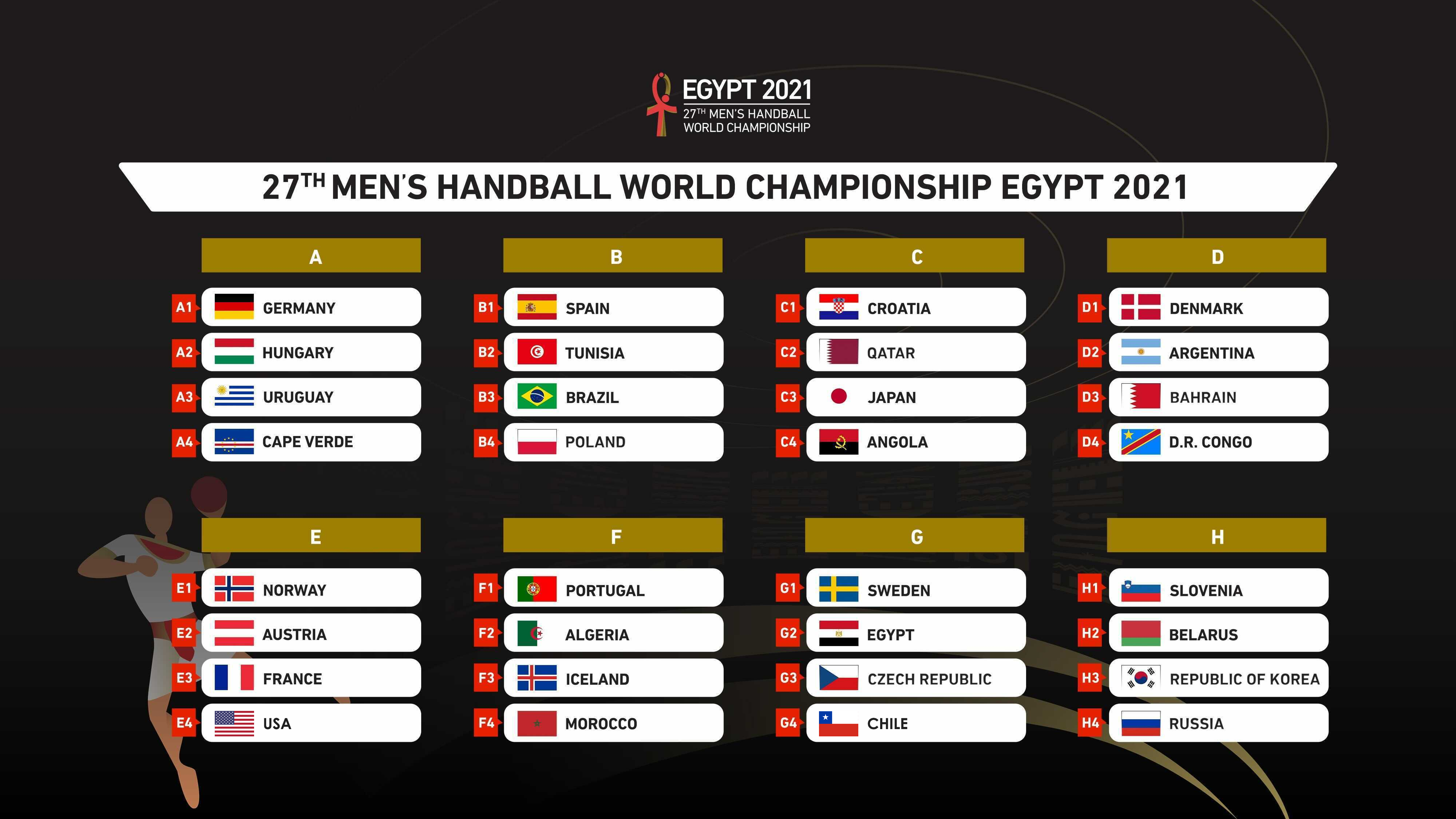 The quarterfinals, semifinals and final, are scheduled to start on 26 January.

The Cairo Stadium Hall will host groups D and G, while the 6th of October Hall will receive groups A and E.

Groups B and F are to play at the New Administrative Capital Hall, while Borg El Arab Hall will host groups C and H. 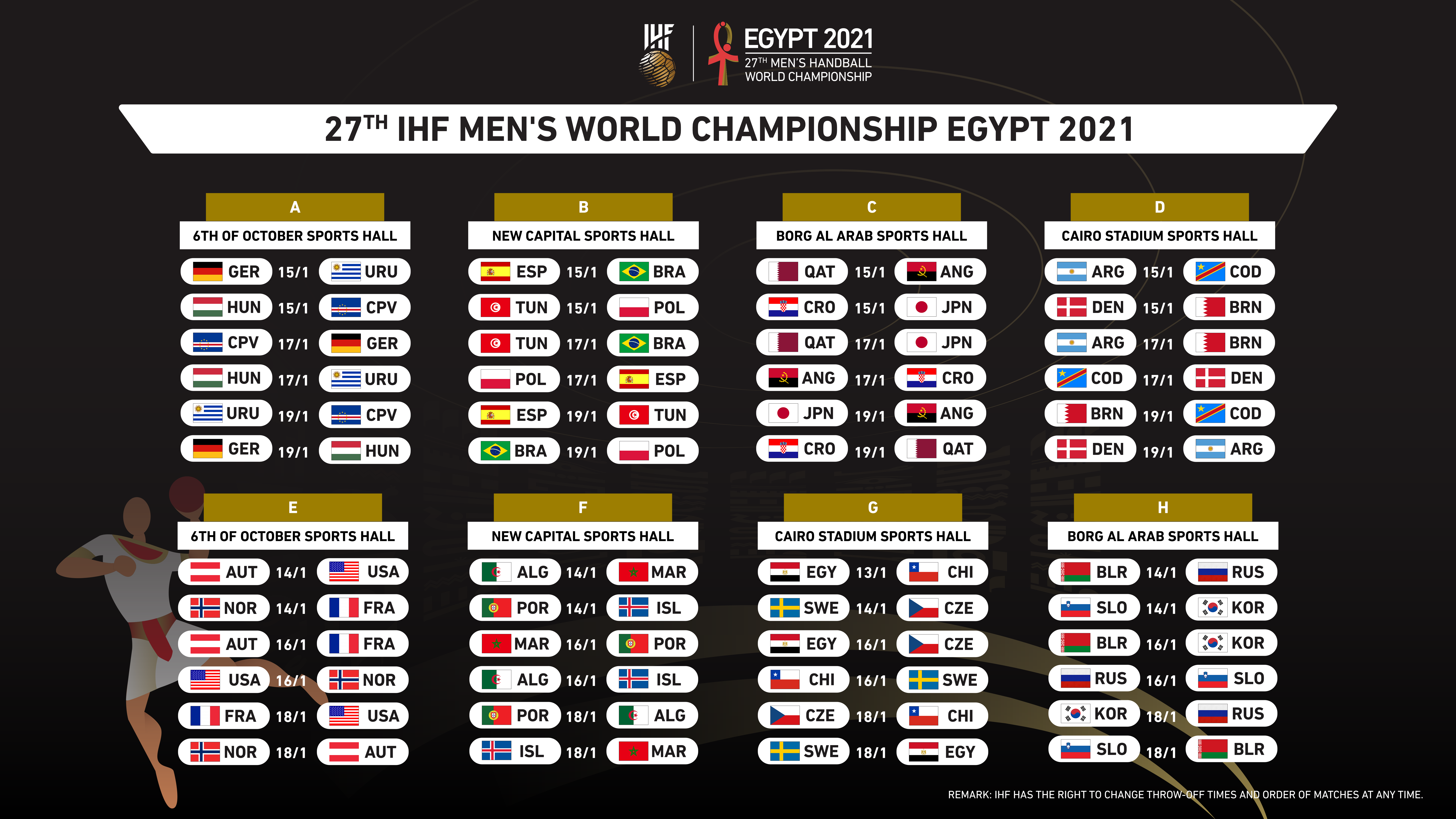 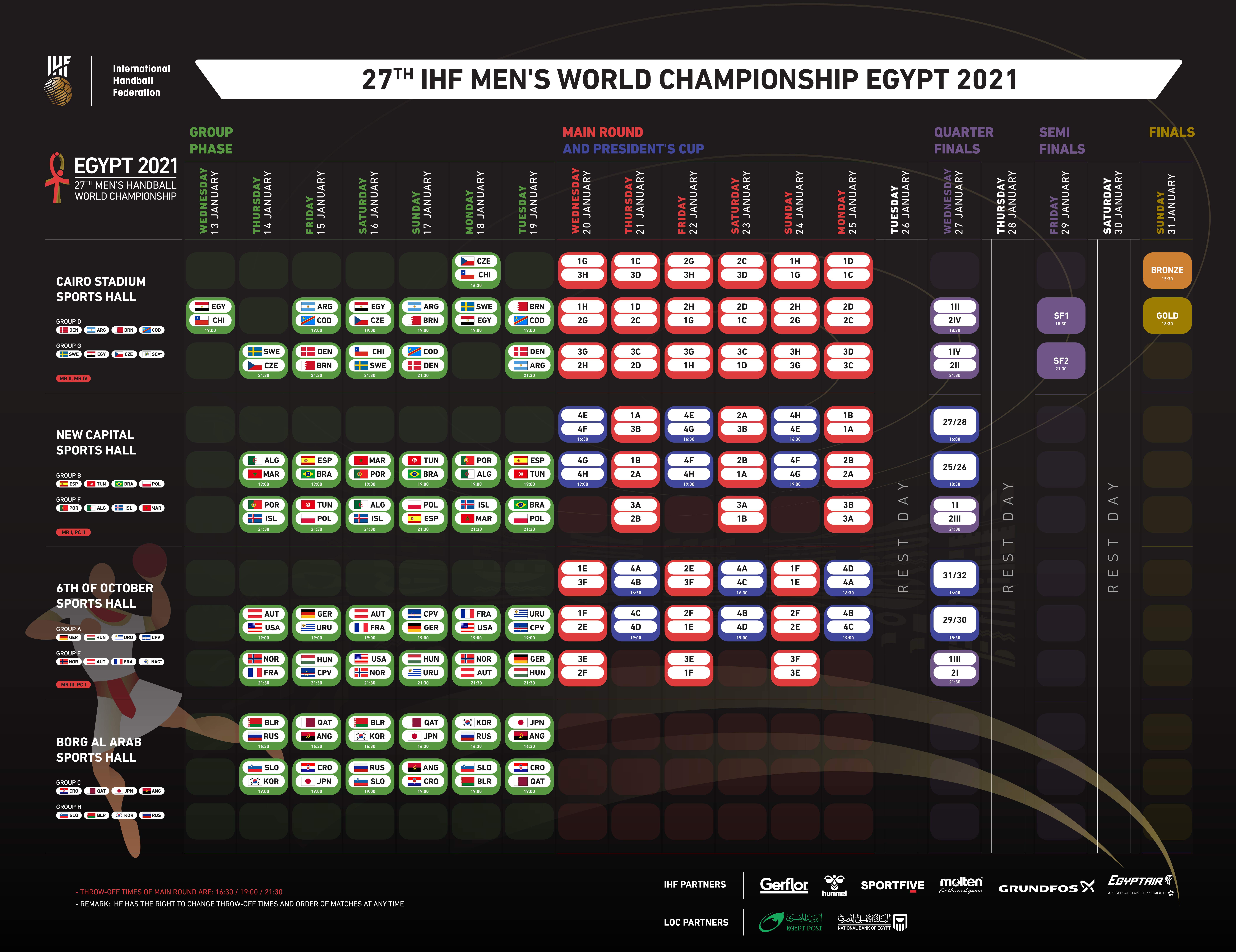